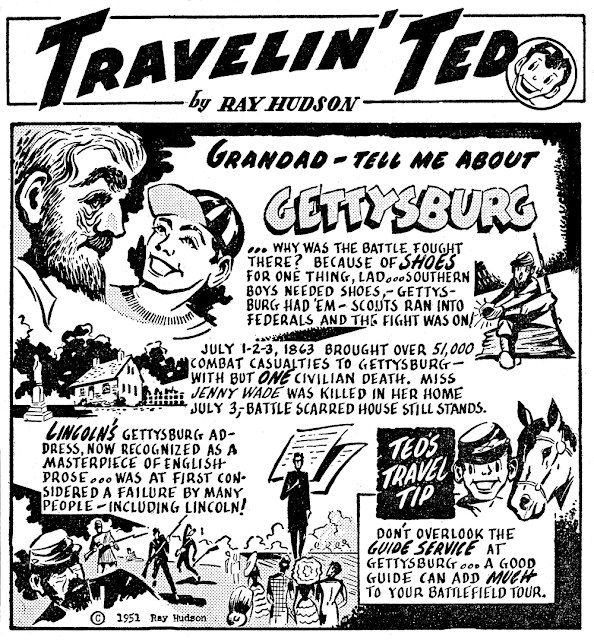 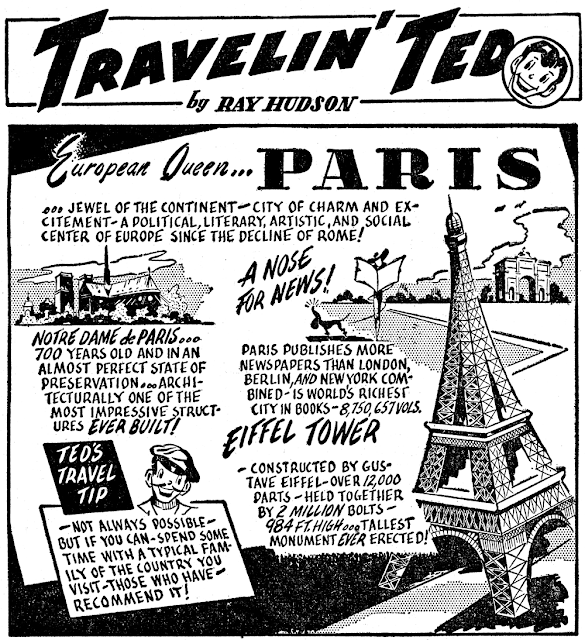 Travelin’ Ted was a weekly panel cartoon that ran in the Chicago Sunday Tribune‘s travel section each week from September 17 1950 to March 2 1952. Each episode would offer information about a particular vacation destination, including a special tip from the panel’s mascot, Travelin’ Ted himself.

The creator, Ray Hudson, was employed by the Tribune as a designer, and apparently he was responsible for the much of the very attractive graphic content of their Sunday travel sections, supplying art for advertisers who contracted with the paper for ad design services.

As far as is known, this was Hudson’s only foray into newspaper cartooning.

2 comments on “Obscurity of the Day: Travelin’ Ted”