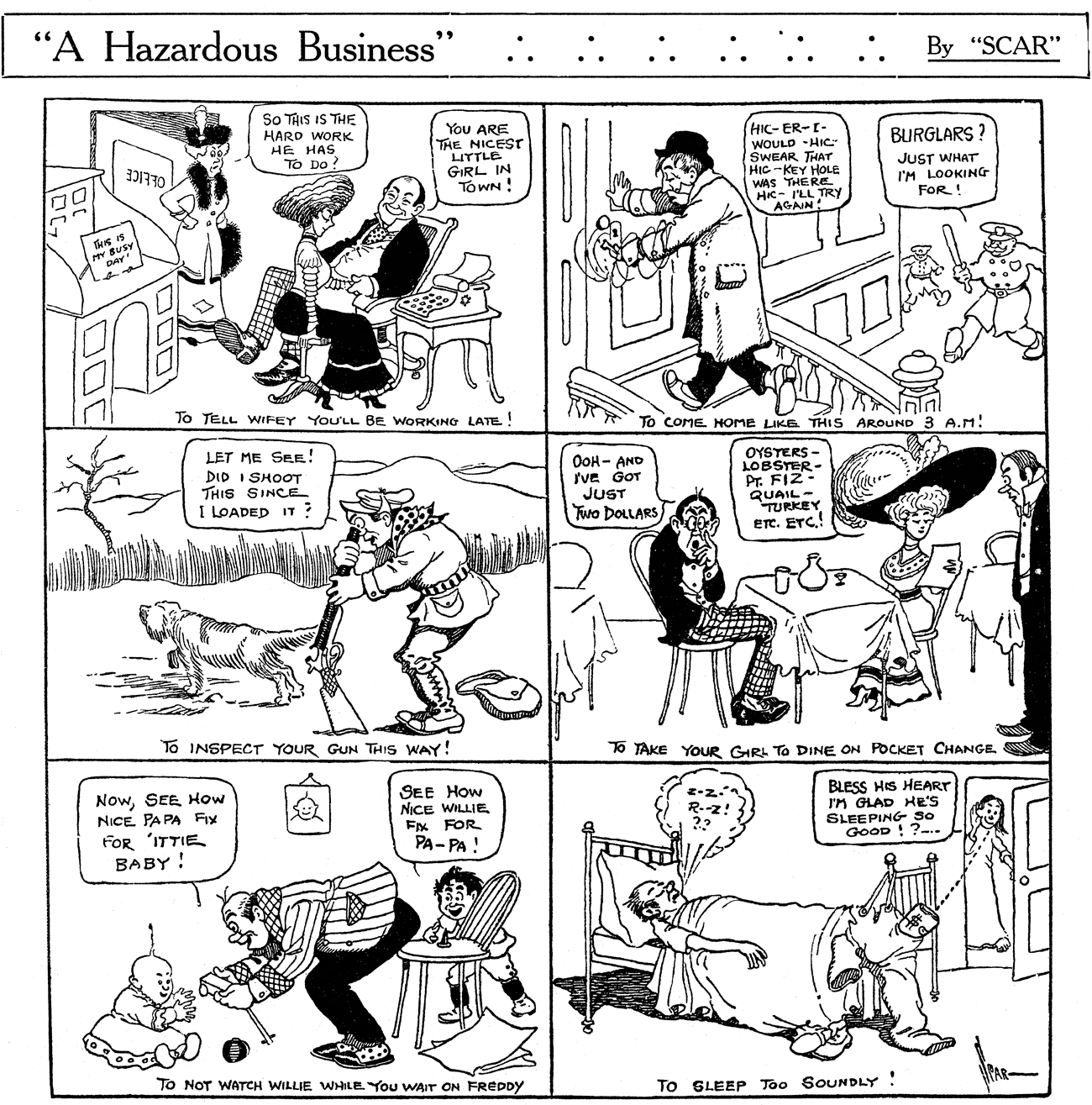 A.W. “Scar” Scarborough, who did stints at many of the major New York City evening papers — the  Evening World, the Evening Telegram and the Evening Globe at least,was a perfectly fine cartoonist but couldn’t seem to make anything stick for more than a few months or so at any of those papers. He also did sports cartoons on occasion, and I’m assuming that the rest of the time he settled for other work in the art departments of those papers.

Today’s obscurity, A Hazardous Business, is one of the three series he placed with the Evening World in his stint there, which seems to have been at least 1908 to 1910. It’s rather unusual in that the feature gives every impression of having been intended as a panel cartoon, but the World instead ran the panels in groups of six. That wasn’t a bad decision because the cartoons don’t have much punch, but grouped together the reader at least feels like they’re getting quite a lot of gags for their trouble.

A Hazardous Business appeared in the Evening World from December 5 1908 to January 11 1909.