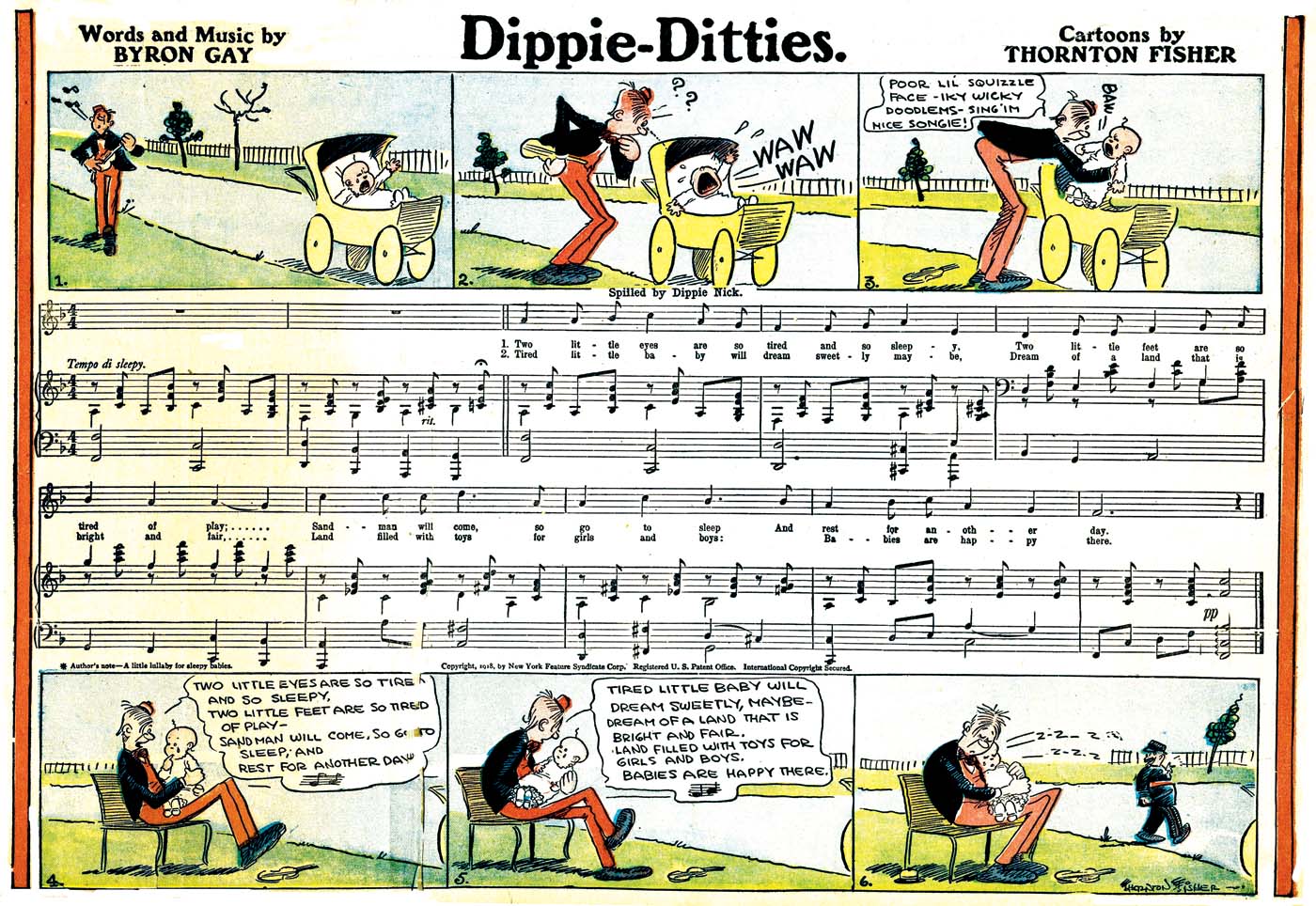 Here’s an unusual feature, a mash-up comic strip and song sheet feature that sat on my mystery list for many years. Cole Johnson sent me this scan many moons ago, saying it was the only one he had, and that it was found in a 1918 issue of the Philadelphia Inquirer. I’d never seen another. We both had no clue about the distributor, the New York Feature Syndicate Corporation, which has no other known newspaper credits.

Finally the digital realm has yielded some answers. It turns out that the Boston Globe probably ran the whole series — from January 13 to March 24 1918. The Inquirer definitely ran the series a few months late. The Quad City Times, the only other paper I could find online that carried it, also lags behind the Globe by about a a month. Slight mystery in how I missed this series while indexing the Globe microfilm at the Boston Public Library — perhaps those pages were missing from their version?

The Google search also seems to reveal that the syndicate, formed in 1917, eventually became Sunset Publishing, the company that used to publish those somewhat cheesy how-to guides you’d find in grocery check-outs and in racks at Home Depot.

Of the creators, we know cartoonist Thornton Fisher pretty well. He was liable to pop up just about anywhere in the 1910s and 20s. In 1918 he was doing Raising the Family for McClure, but his restless pen seldom stuck with just a single feature.

Byron Gay was a songwriter of some note, he had a long career. His biggest song, which is unfamiliar to me, is apparently “Four or Five Times”. Here’s Sister Rosetta Tharpe belting it out; if this doesn’t get your toe tapping you may well be dead:

2 comments on “Obscurity of the Day: Dippie-Ditties”