I just purchased a bound volume of Editor & Publisher for July-September 1943. I’ve been through much of the run of E&P on microfilm, but most of the work was done at breakneck speed so a lot of interesting material was missed on my first go-round. With the luxury of reading the printed issues at my leisure, I’ve encountered some interesting little bits and pieces. Today a few questions about articles I found, plus an ad page guaranteed to depress the comics fan.

* According to the July 24 issue, the infamous Deathless Deer comic strip was dropped by the NY Daily News in an effort to save precious newsprint, and the loss of the flagship paper prompted the strip’s creators to abandon the feature altogether. All this is well-documented. What piqued my interest is a statement that papers were welcome to run Deathless Deer until their supply runs out on August 21. Previously I assumed that the strip ended when the Daily News dropped it on 7/19/43. Apparently there was another whole month available. Question is, did anyone run it? Have you seen the strip run to its ‘true’ end date somewhere?

And here’s that ad, trumpeting the availability of third-page versions of NEAs Sunday strips. Sigh… 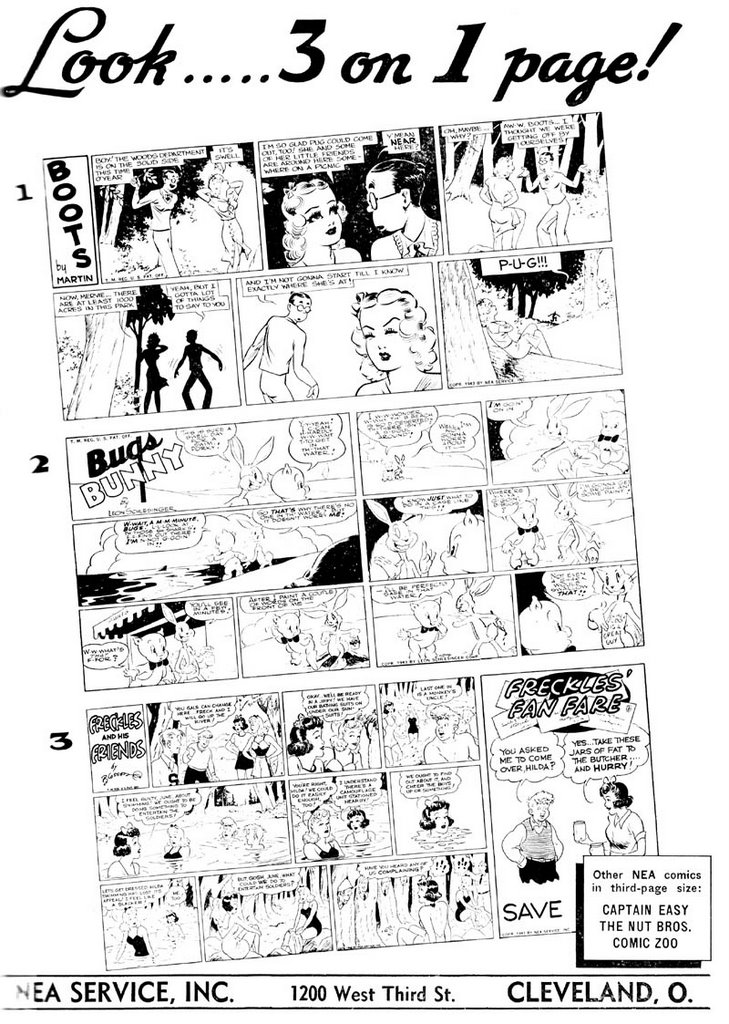