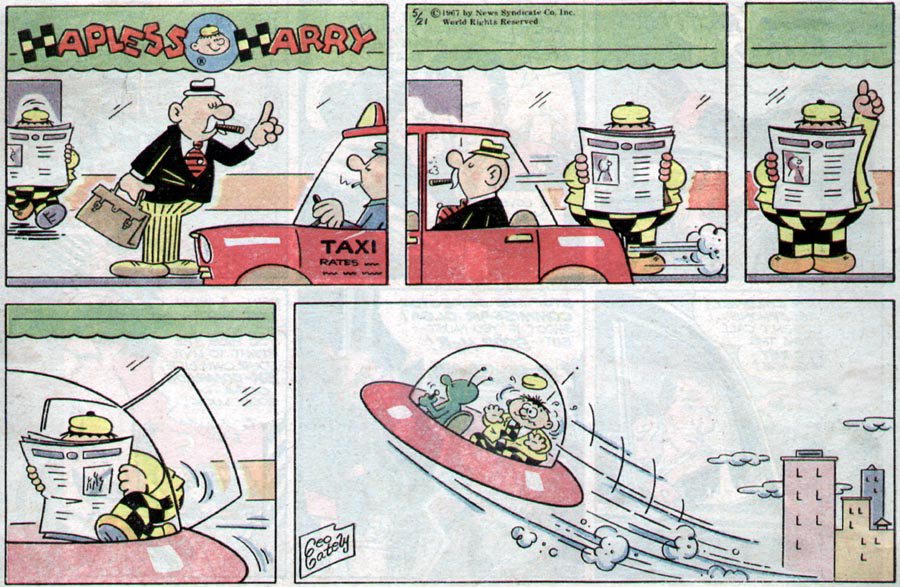 Hapless Harry ran 1/11/1965 through sometime in 1971 (my latest is 6/6/71 – can anyone verify a later date?). It was a strip about an everyman nebbish; the hook for the feature is that it was done mostly in pantomime. Pantomime is a hard form for the cartoonist, and Gately’s strip was always serviceable but seldom great. Newspaper editors tend to like pantomime strips because they can easily be dropped in favor of ads when necessary. Story strips, of course, can’t be dropped or the readers will miss a day’s action in the story. Gag-a-day strips are easier to drop, but the easiest are pantomimes. Why? Because they are such a quick ‘read’ that people tend not to miss them when they disappear for a day.

Anyway, Hapless Harry did not take off at all in syndication. The New York News ran it, and they are such a high paying venue that it kept the strip alive practically all by itself. If not for that paper I doubt that the strip would have lasted more than a year.